September 11, 2016
My poor little blog has been so neglected lately. Things have been so crazy, and of course I've also been lazy in between (story of my life, ha!), but I've got so much to catch up on!

I'll start with our trip to Penang somewhere around last month? since those are the most recent pics on my camera :)

Last month I had this 'educational session' with my lil girl where I showed her few of the air, land and marine transportations which includes bus, lorry, airplanes, cars and boats. Out of all those transportations, she specifically interested in ferry. She wanted me to show her what's ferry on youtube and immediately told her dad that she wanted to ride it. That week end, my husband insists that we go for a day trip to Penang so our lil girl could experience the ferry ride.

After breakfast that morning, we drove from Ipoh to Butterworth ferry terminal and enjoy our calming ride to Penang Island. 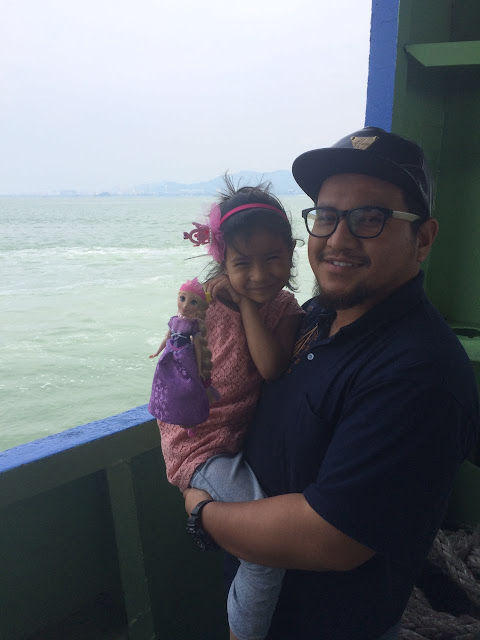 Look at that face tho! 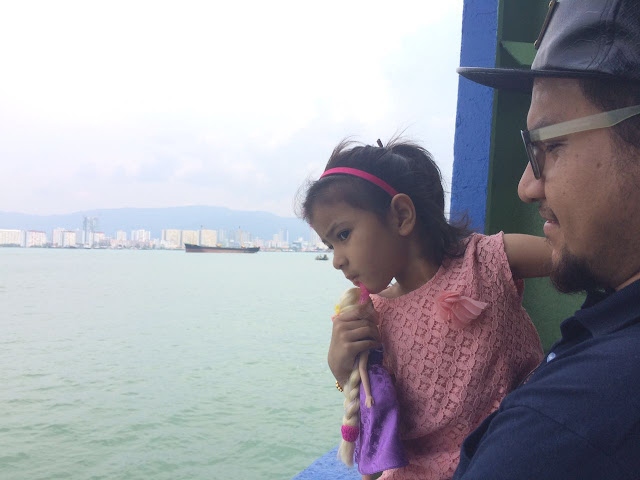 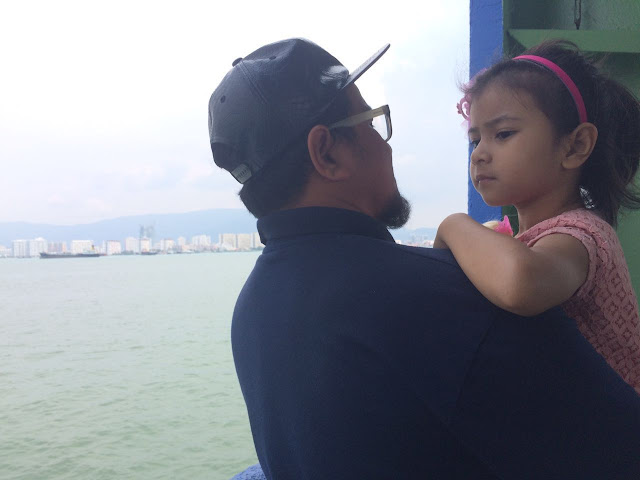 Once we arrived at Penang jetty, we drove to Armenian St.and took bicycle ride around the street. There are shophouses, cafes, artists gallery and their famous attraction which is the Penang wall street art. My lil girl got all excited riding the bike and I was like..really scared that I might crash on people or other vehicle! It's not like I used to ride bicycle often, maybe once a year?hmm.. 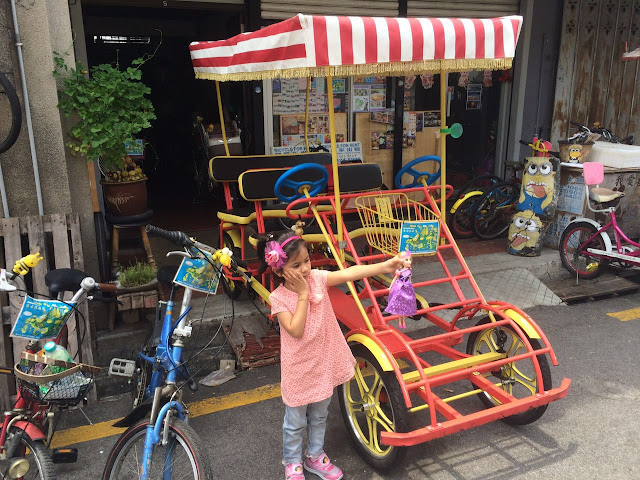 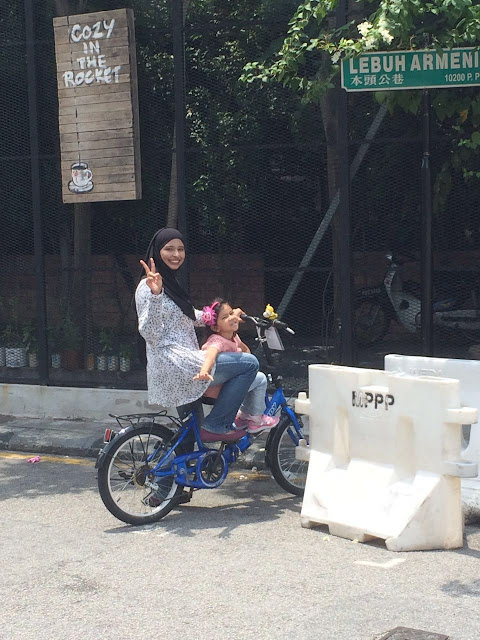 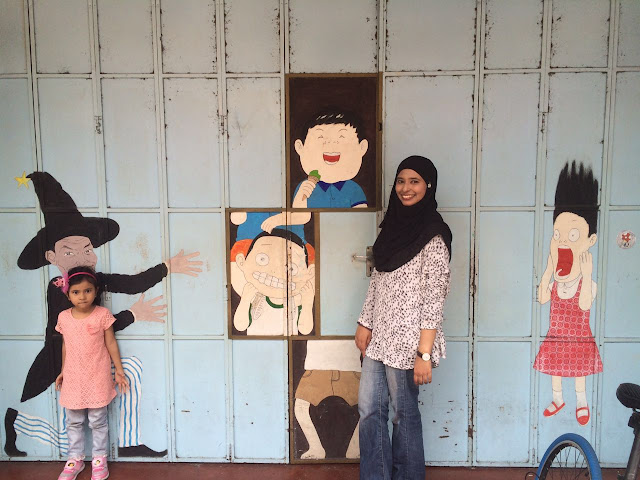 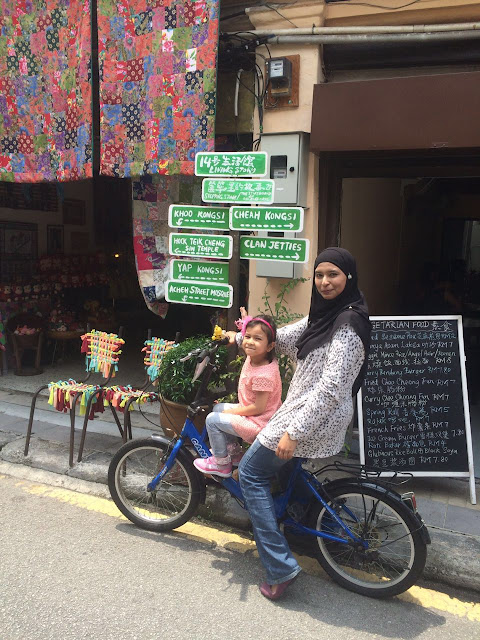 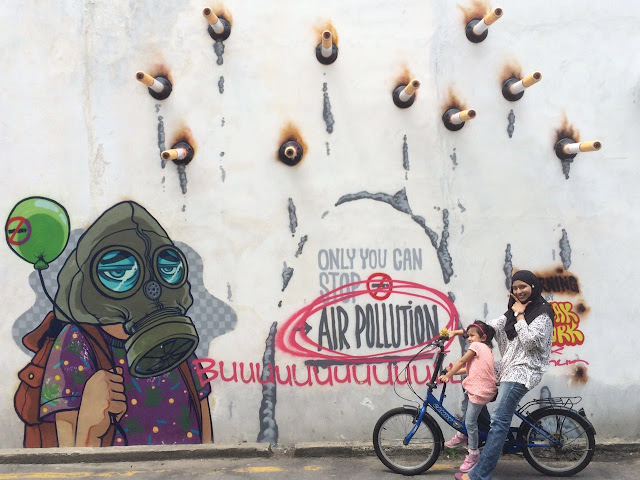 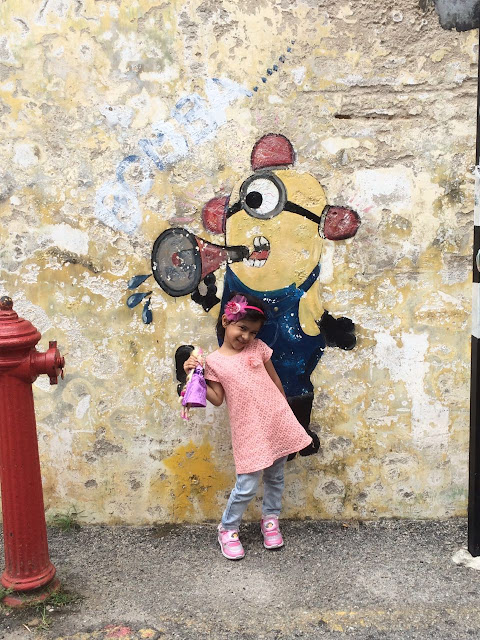 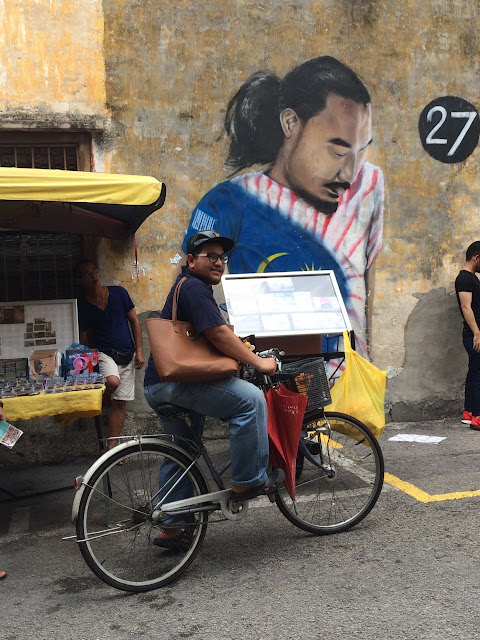 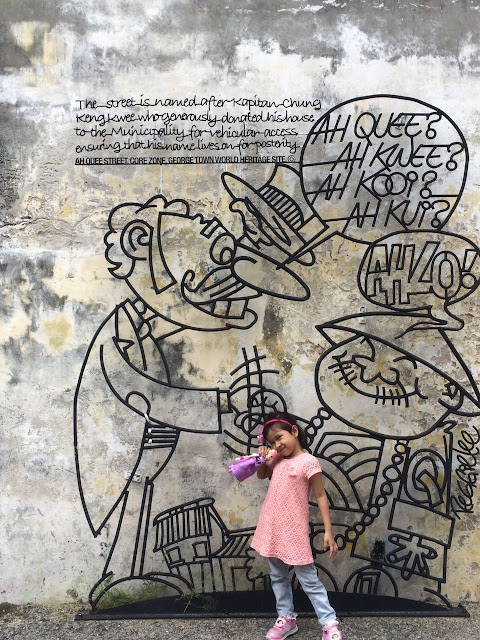 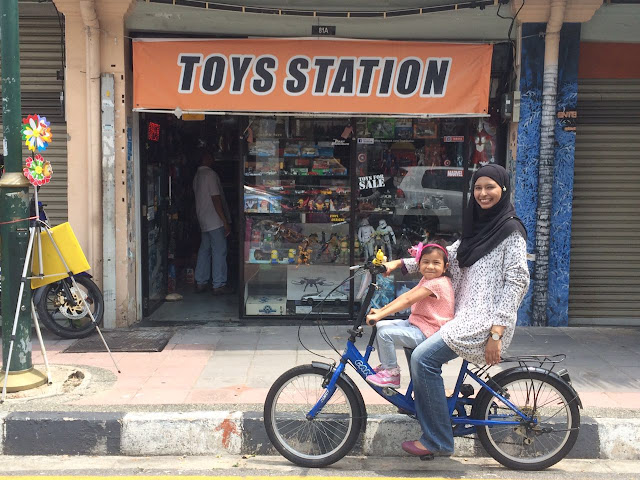 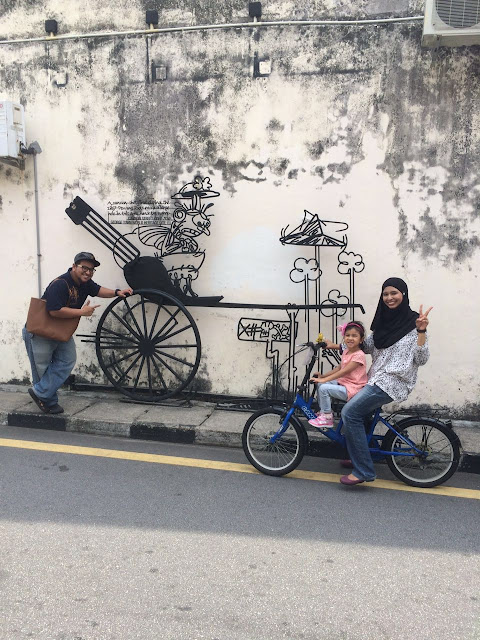 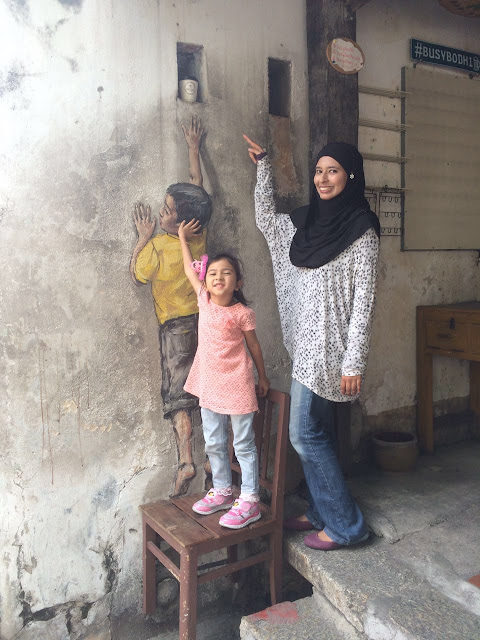 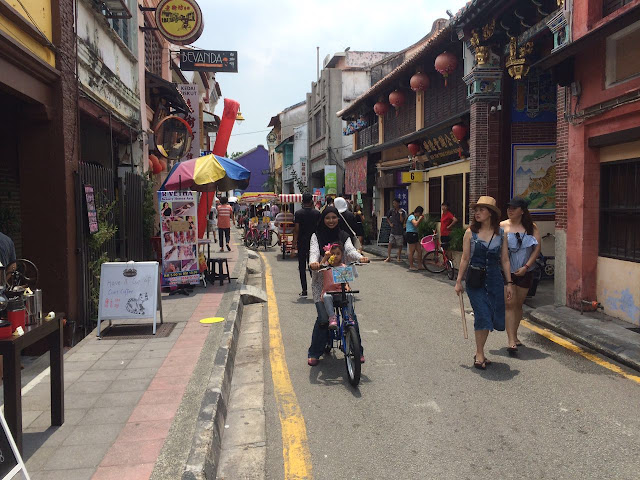 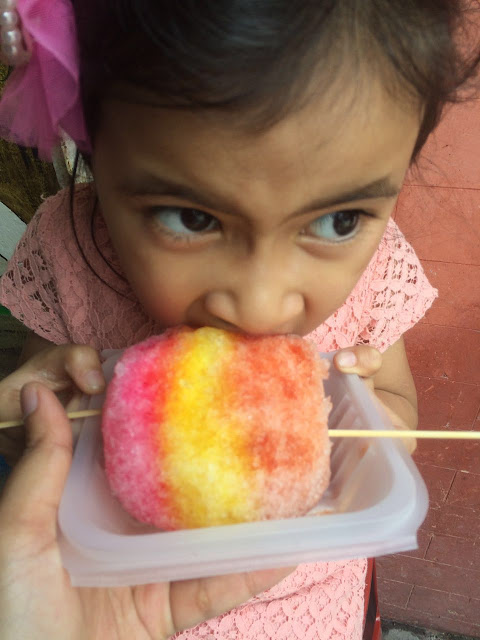 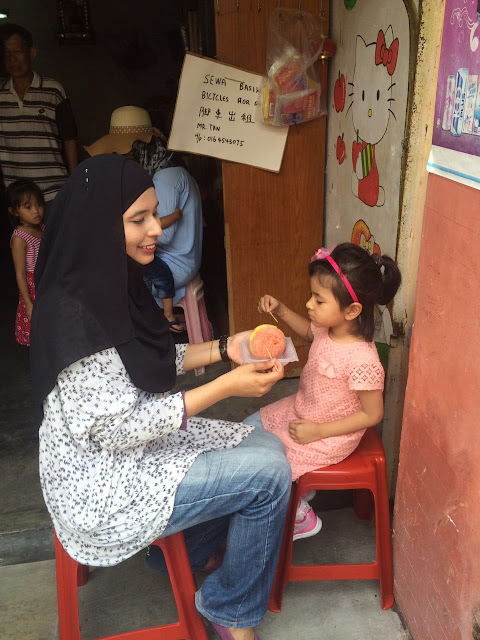 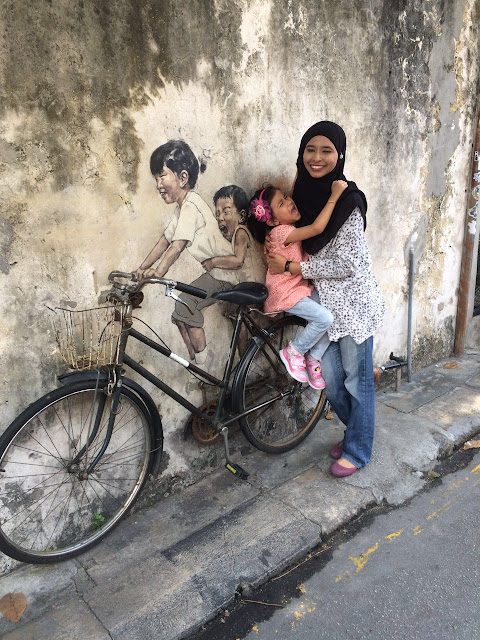 We had laksa Penang at Padang Kota for lunch and then headed to Teluk Bahang for prayers and further proceed to the toy museum. There wasn't much photos in my camera because it was all toys and ya know, I'm not that as interested as my husband were, so he took all the toys photos in his smartphone and I only have these.. 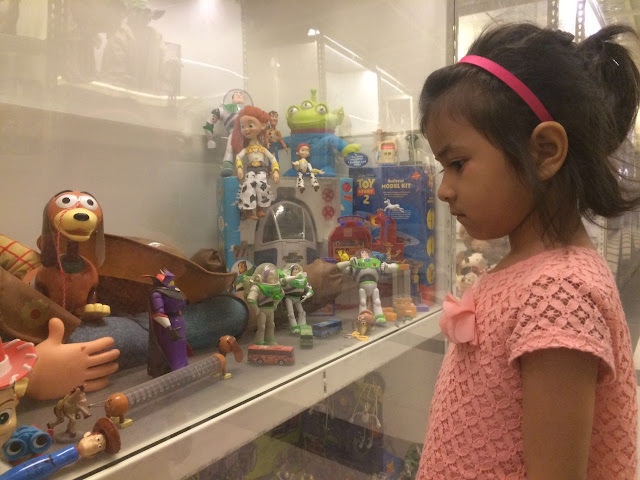 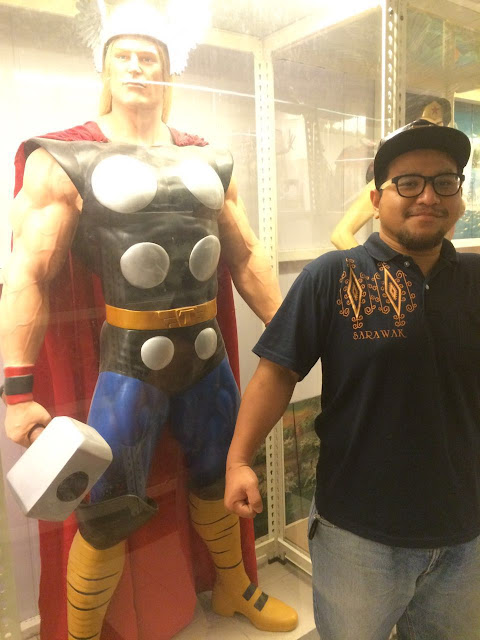 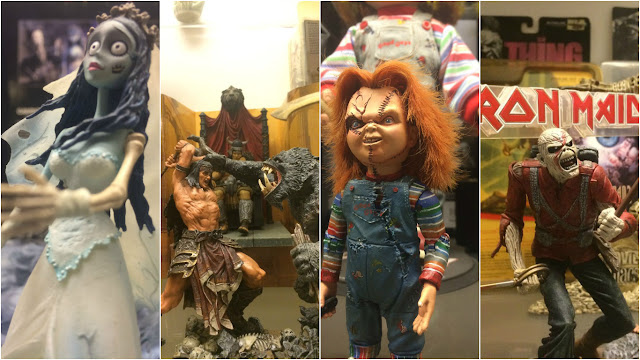 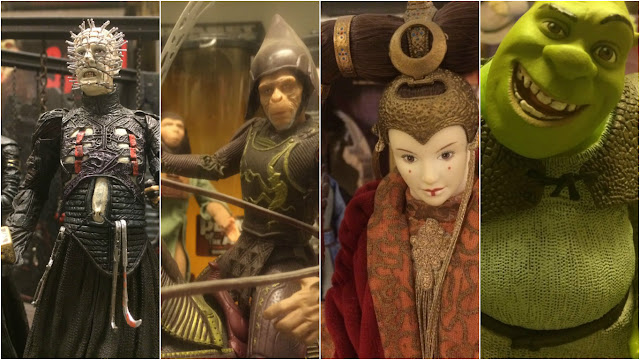 Later that evening we had dinner at Padang Brown (one of my favourite street food) and head back home afterwards :)