May 15, 2016
Some of you might be wondering why we've been moving to Ipoh recently. Long story short, my husband was assigned for a project finalisation with PLUS for its new highway interchanged in Alor Pongsu for 4 months. Remember when I told you that we were TTC? Coming home back and forth to KL every weekend is not a good option for him. What happen if I'd ovulate during the weekdays. Yes, we've been thinking up until that part because TTC is a serious business for us nowadays. We moved in temporarily for four months at my in-law's and Aulia' had to changed school to another branch in Ipoh.

Ok coming back to the main point of this post, Aulia' new school which is in Taman Cempaka Ipoh and another same school at other branches combined in organising the sports day at Extreme Park Tambun,Ipoh.
This little girl was so excited that even a sudden downpour earlier that morning doesn't dampen her spirits. First time lah katakan...seronok bukan main:) 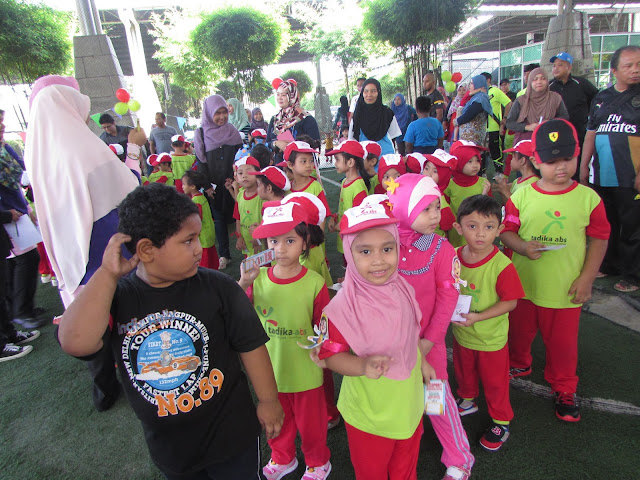 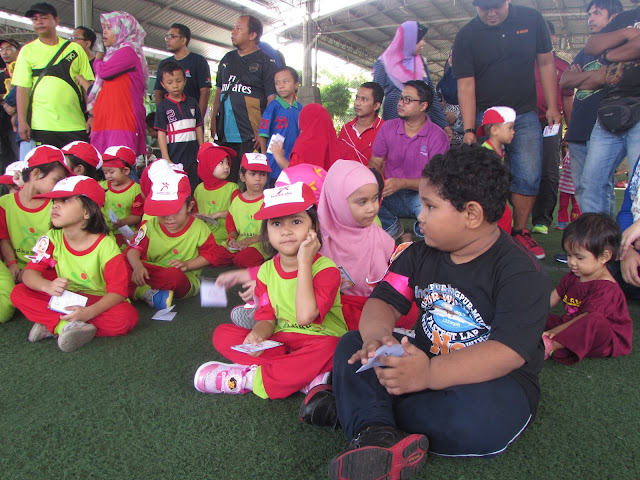 There was already a crowd of parents at the venue when we arrived. Everyone was just armed with digital camera and video. Hehe. *This mommy too!*

After singing a few songs to warm up (I like the gummy bear song! sempat lagi ambil video untuk masa depan haha), the kids got ready for their events. There were all sorts of games that the teachers came up for the kiddos. And they were all so fun and I personally think those games are good to stimulate their IQ and EQ. In fact, everybody went home as a winner that day cause the school wanted the kids to just have an enjoyable experience with their fellow classmates and parents. 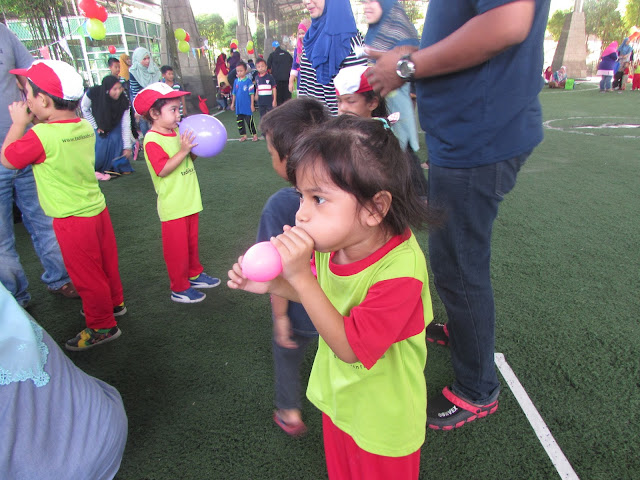 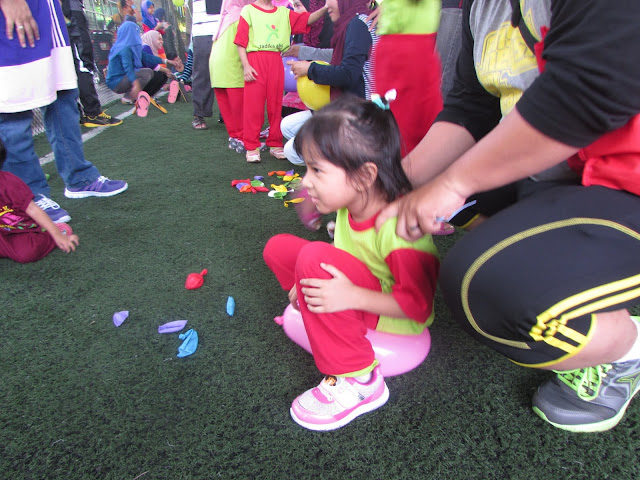 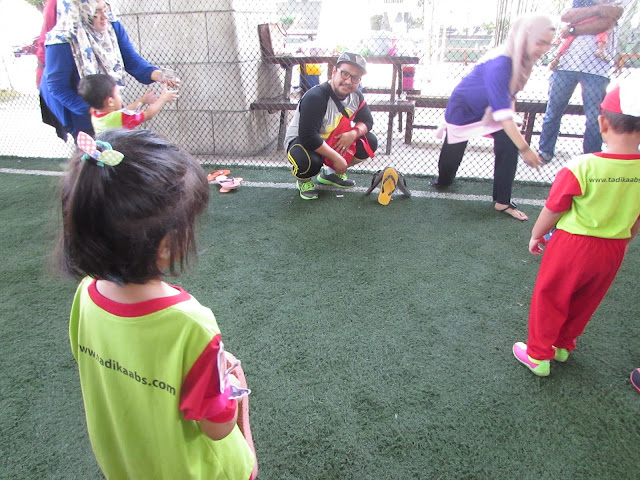 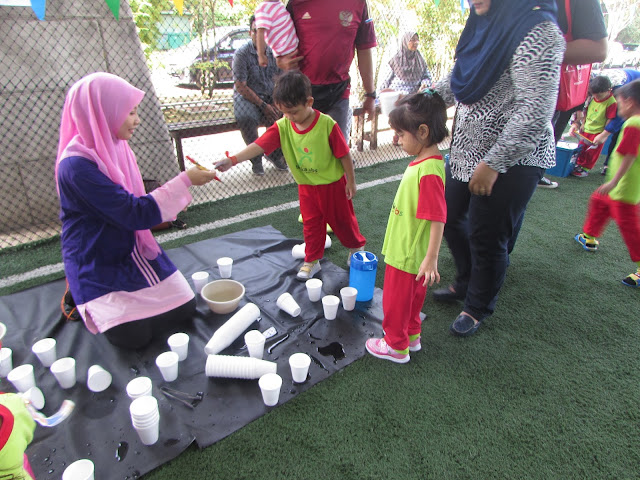 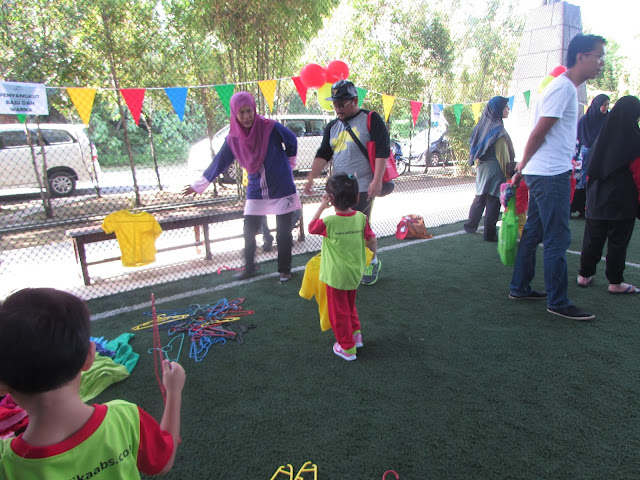 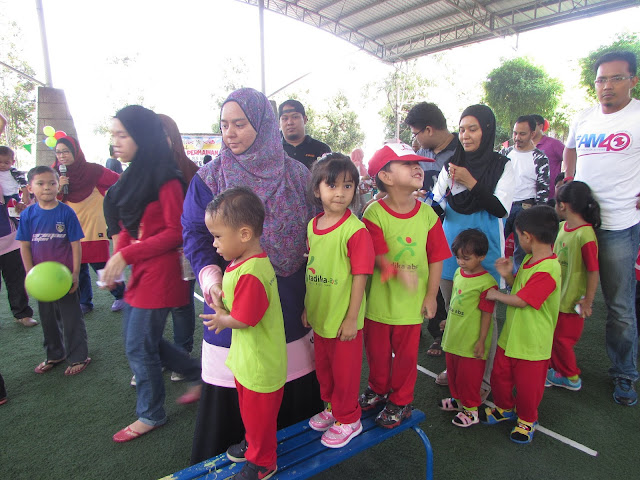 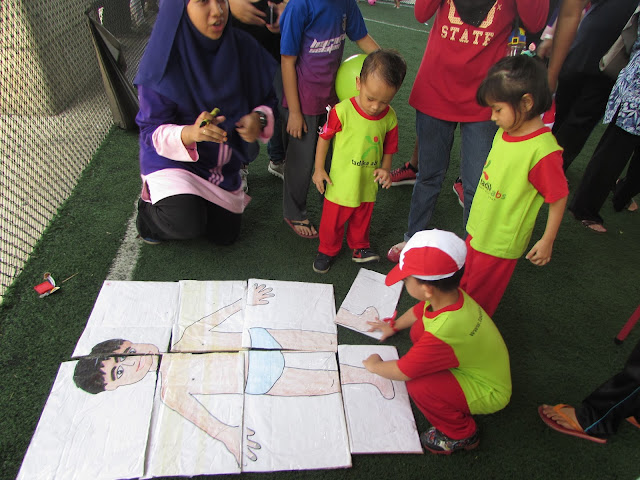 Us the overzealous parents were rooting the kids on with lots of cheers and yeayss! I think poor Aulia' would've been embarrassed by her enthusiastic parents who were just cheering her on as loud as we can hehe:) Well baby, this is just the first one. Every parents does the same thing! 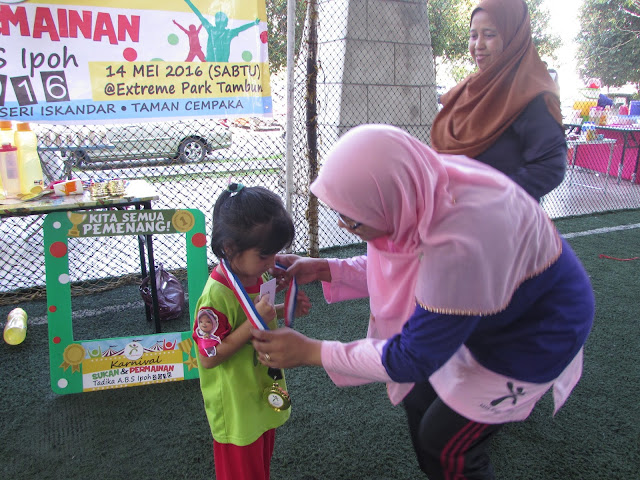 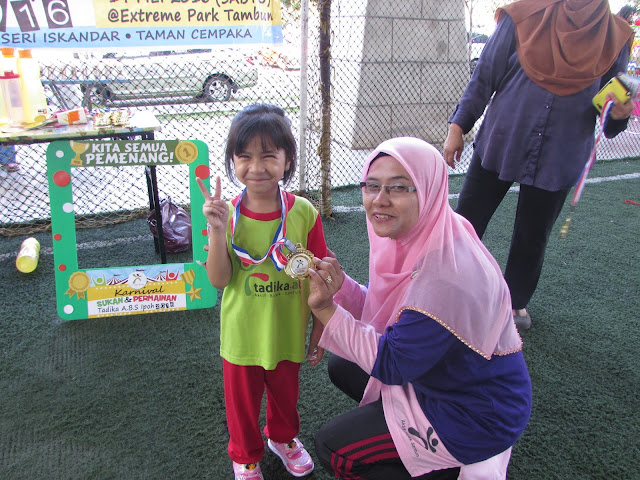 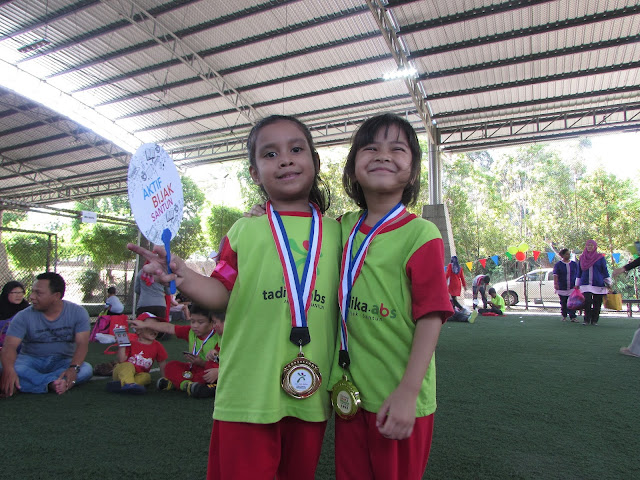 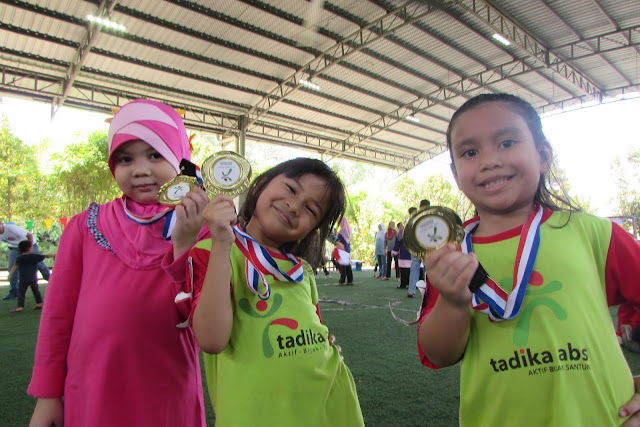 They organised games for the parents too!. Papa Aulia' joined the tarik tali game and the team won the match, yeay!! 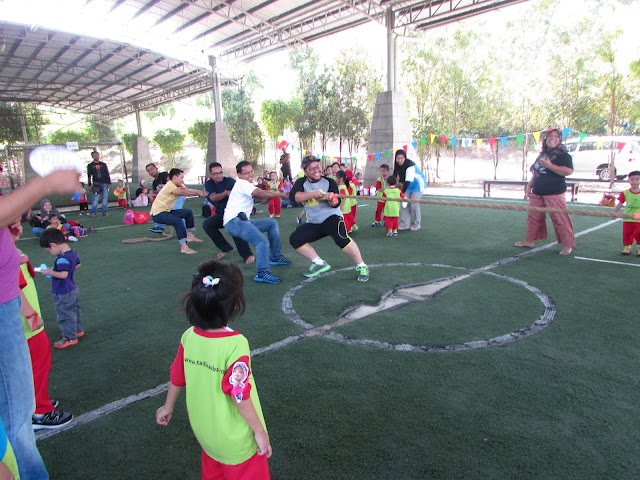 Aulia' had a blast at the sports day and cheering her papa for the tarik tali match. She went home exhausted and slept the whole evening. Hehe.