It's not okay to interfere when I discipline my child

One of my new pet peeves now that I'm a mother is simply how annoying other parents can be. Let's not deny it, that even idiots can be parents and it's a sick notion sometimes when people who really deserve to be parents aren't given that opportunity while someone who can't differentiate right from wrong gets to pro-create one too many times and create more kids who become just like them making it a never ending cycle.

Prior to having Aulia', if I saw a parent doing something un-parent like (whatever the heck that means) then to be honest, I wouldn't give a rat's asses coz I didn't have any experience of being a mother so it's not like I know better (though sometimes it's just plain common sense). But I didn't care coz I could just skip along..

But now that I am, haaaaah *rub hands* I can give my 2 cents opinion. Because I know in that exact situation, I would have react differently! And don't deny it, as a mother, we're somewhat critical about how others raise their kids, how others 'mother'-whether you subconsciously do it or not. Of course there's no denying that at the end of the day it's their child so they can do whatever the hell they want, just that it bothers me when such parents take a calculative approach that somehow affects your child.

Anyho, one of my BIGGEST pet peeve is when a parent feed their baby with junk foods and soft drinks!! It makes me BOIL because not only is that idiotic parent refraining their own flesh and blood from getting good healthy food; like hello have you ever thought of getting your child the good nutritious and minerals from eating vegetables and drink plain water??...it makes me even more mad when they think it's okay to feed MY CHILD to that unhealthy foods and drinks!! Kids easily attracted and addicted to those junk food. Plain simple.

It really is a selfish act and I REALLY cannot understand why they do what they do. Ignorant? Typical tak apa attitude? Saja-saja nak bagi rasa? Perhaps a common answer would be- I don't want my child to throw tantrum in front of other people and attracts the whole world attention.  Well then..DISCIPLINE THEM or better still, don't exposed them to those unhealthy food. And I'm NOT okay when other people trying to interfere when I discipline my own child.  And I rather let her throw her tantrum in front of other people just because I don't let her taste those junks foods. There is no need to offer my child with soft drinks, lollipops and sweets. But admit it, it really is that type of attitude that make them lax towards others. 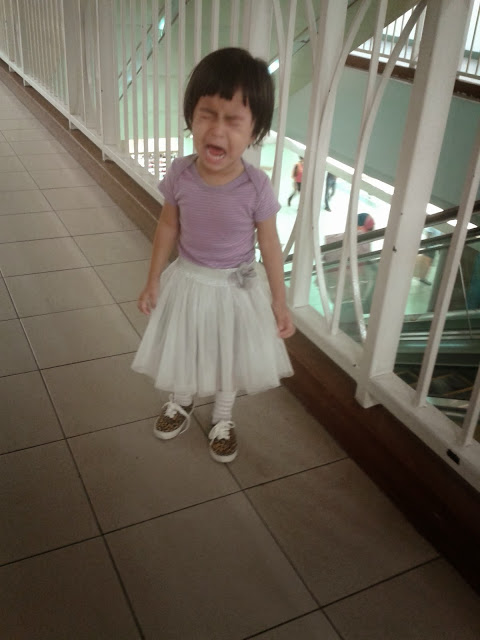