Yesterday, we finally caught up with our laundry, finished up some chores,do some cooking and even change the old curtain to a new one which is literally not so new. Aulia' swimming class was postponed to another two weeks because her swim coordinator was out of the town this week and next week will be the Malaysia's election day. So she could rest and goyang kaki for two weeks!

Then we lie down on the bed after lunch, looking at each other while Aulia' was sleeping..
"It had seemed like forever since we'd been to the movie" hubby said to me.
"Okay, I nak tengok Iron Man tonight please please please!!"

So hubby agreed, and that night we went out to watch Iron Man 3. Since house chores takes up so much of our time it will be nice to get out. 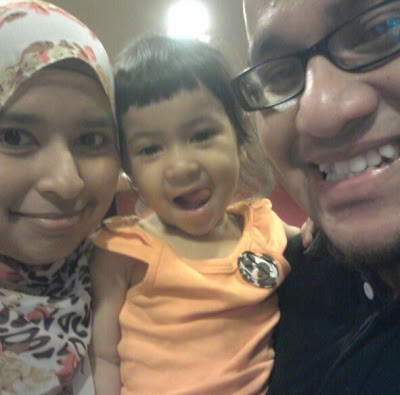 We managed to get the tickets at 10.15 pm..I know its a bit late but we purposely want it so that Aulia' would sleep all the time and not distracting other people in the cinema. Well, that's the trick I'm telling you..breastfeed+air conditioner! She would definitely sleep like a baby, well literally she is a baby.

In another hand, I was too notch to watch the hot Tony Stark in action and her old, I mean old girlfriend Pepper Pots. This time Gwyneth Paltrow look super hot especially in scenes where she completely kicks butt and walks around in her sport bra look seemingly after everything has come to an end. This has seemingly came an influence to my my dear husband when he requested me to wear like Pepper. @#$% 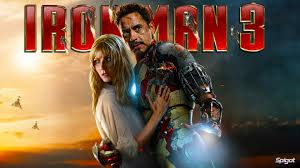 This playboy hero trying to become romantic when he bought a giant rabbit for his girlfriend. He's action was quite funny when he was waiting for Pepper for dinner that night. It seems like their doing great until Tony get caught spying her meeting the genius guy working with the AIM he rejected back then in 1999, Aldrich Killian. 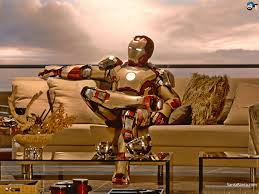 How can an Iron man sit like this while waiting for his girlfriend?! 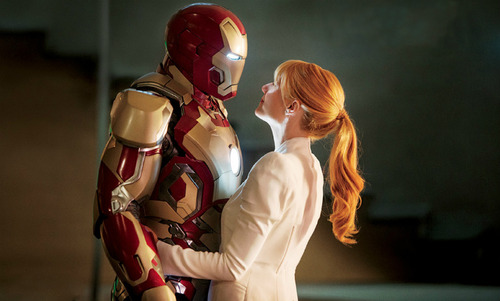 Aldrich Killian then turn to a badass villain and created the Mandarin character out of his boredom brain and stupidity. He's probably the weakest villain yet in the universe of The Avengers. He's evil plan are definitely well thought out and has created the climatic battle.

You'll be super shock when you know that the Mandarin character was actually a made up character by Aldrich killian and the proxy was actually a drug addict. The plot twist is seriously hilarious, especially in the introduction of Trevor Slattery (the proxy) to the whole drama in midst of all horror and seriousness that has been roaming around the air. You see..its like "Hello Mr. President, call me in 20 second or I'll kill this man in the national television!!"-while speaking in his British accent and fiery face. Lol..its a crime shame when you'll actually find out this guy is lunatic, womanizer, a stage actor that was force to live on the streets after his drug habit bankrupted him but Aldrich Killian came to him and offered him a new life in exchange for pretending to be "the Mandarin" for the cameras. Feeling like ROTFLMAO.. 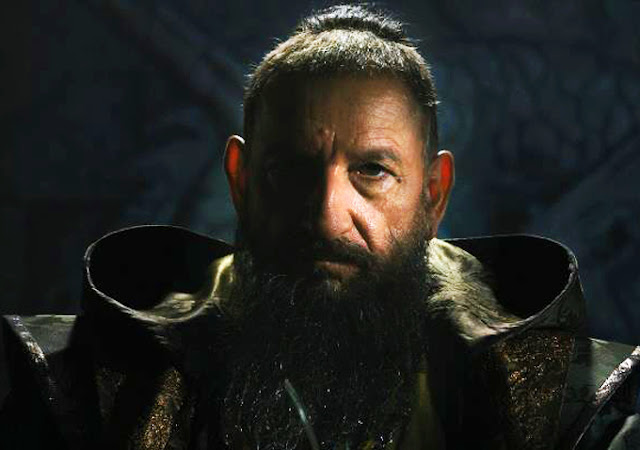 Overall verdict, I enjoyed the overall story plots, snappy comedy and exciting action amid the clutter  but I've been hoping it was as good as Iron Man 2..

Unknown said…
Hahaha u r gorgeous in any attire syg..u still my sweetheart..

Anonymous said…
Hello there! I could have sworn I've been to this site before but after reading
through some of the post I realized it's new to me. Nonetheless, I'm definitely glad I found it and I'll be book-marking and
checking back often!