So CNY long holiday finally arrived! Going over to Singapore using the causeway was crazy jam on this holiday.
After we passed the Msia-Spore's border at 3.30 pm, we headed to 7e to purchase the cash card, parking coupons and Autopass top-up. For those who been the first timer in Singapore, you must get your cash card and Auto-pass for parking, expressway tolls as well as for SMRT and MRT..
It took us more than an hour to settle everything with all the passes..sigh!.

This is hub's and Aulia's first visit to my relatives house in Singapore..at first we decided to stay at my late grandmother's house in Munshi Abdullah Avenue but since my uncle insisted that we stay at their's place in Woodland, so we headed to my uncle's  place at Avenue 1 Woodland.
Upon arrival, it was about 5.30 pm. Aulia' woke up and got all excited meeting up my uncle, untie and my cousin.

We freshened up and had our early dinner together at home and my uncle suggested that we took Aulia' to the Night Safari. Its only 15 minutes away from Woodland. Night Safari is located at 80 Mandai Lake Road.
So went out after Maghrib prayers and manage to get our tickets at the counter. It was raining earlier in the afternoon and luckily the rain stopped in the evening. But we standby our umbrella in case its raining later at night.. Hubby purchased two tickets for adult at 70 dollar and it is free admission for child under the age of 4 years old. The tickets includes the entrance fee, tram ride tour around the safari and the Creatures of the Night show. You can get the ticket at 39 dollar per adult with a free gift but we opted for the other choice. 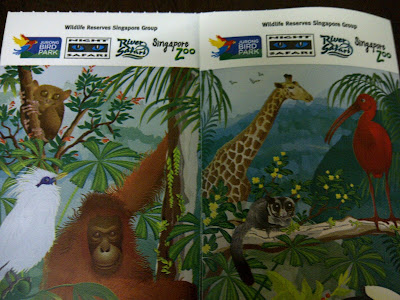 We took the tram through the whole park after waiting in a queue for just 3 minutes, then we got out at the mid point station to walk around. Most of the pictures are from our walk. Taking pictures on a tram with no flash at night-even when the tram isn't moving-doesn't work out so well because it is always vibrating. 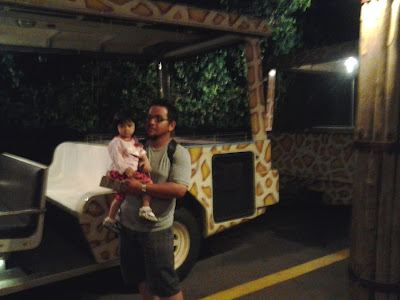 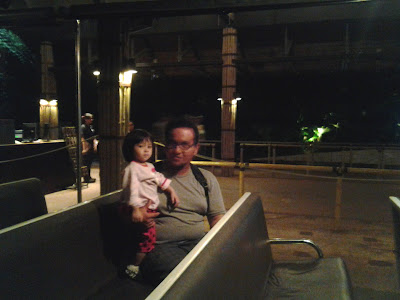 While we was on the tram for tour around the safari, there was a lot of excitement. We saw elephants, hippos, giraffes, zebras, rhinos, huge animals and hyenas! And they were really so close! Even cooler than that though, was the part of the ride when the animals were just roaming free. the tram poked along slowly so as not to hit anything. Tapirs were just cruising along beside us. We had to hold our hands in our laps to make sure we didn't touch them, they were that close! Deer of several varieties, water buffalo, and more were just hanging out walking along-side the tram. 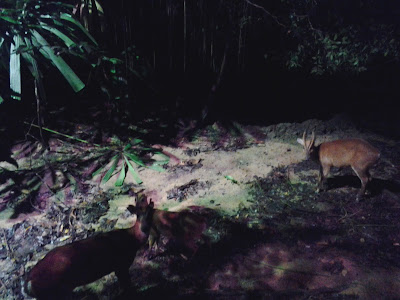 This was indeed a very unique experience for Aulia' that made the great night even better. 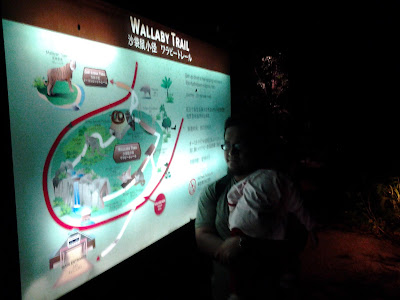 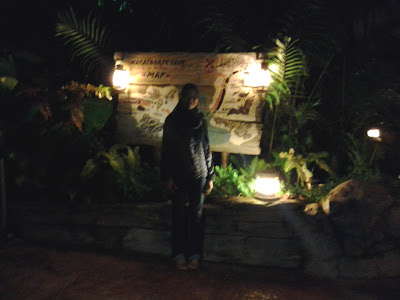 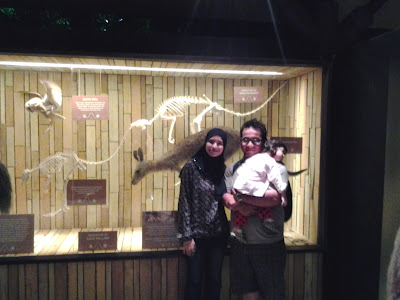 We then headed to the Creature of the Night show. It was cute, and we got the middle seats where we can see everything from the above. 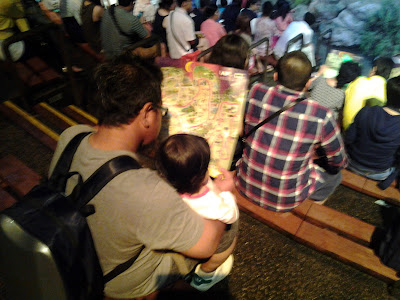 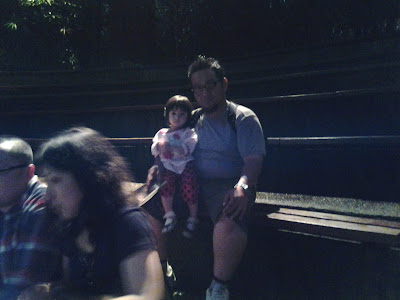 Here, you will see some otters that are trained to sort garbage into recycling bins that are marked as paper, plastic or tin cans. You will also see Pumas and Hyenas. Another highlight of the show is when a huge trunk containing a 20 feet Phyton is drawn from the audience. The trunk is kept under the seats the whole time! This part would usually make the audience either scream or roar in laughter. 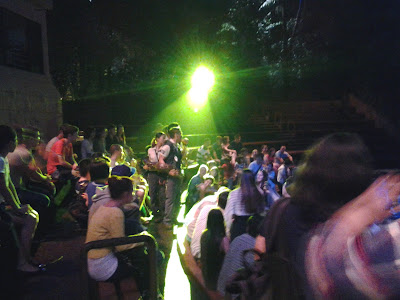 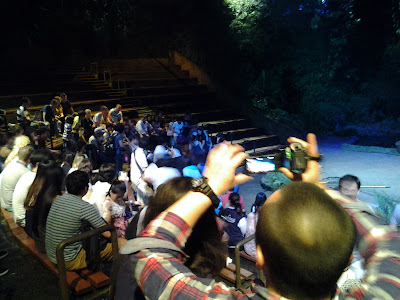 You can see the whole drama from the above.

A volunteer from the audience will be lucky to have a Phyton put around his neck.  This interactive show is staged a total of three times every night. 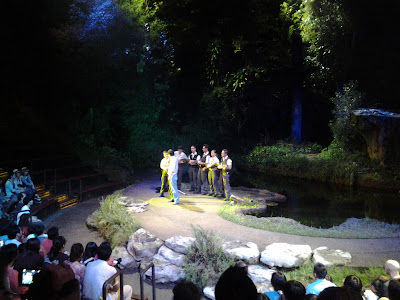 If you are heading to Singapore and visiting Night Safari, you can skip those things head straight into the park. in fact, skip the queue for the tram and walk the first half of the park. There is a lot to see here that you won't see on the tram.
Walk the first half, including the Leopard Trail where you can see leopards (obviously), lions, tigers, owls, and all kinds of stuff. You can also go into an exhibit with free-flying fruit bats. I admit I had no interest in going in but Hubby were so excited to bring Aulia' I couldn't tell him I was scared. 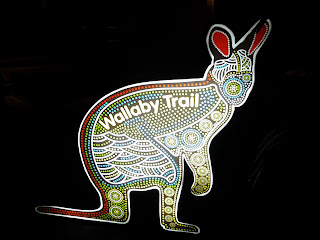 There is another exhibit that we went where we walk to the Wallaby Trail. Wallaby, that would have been really cool to see. 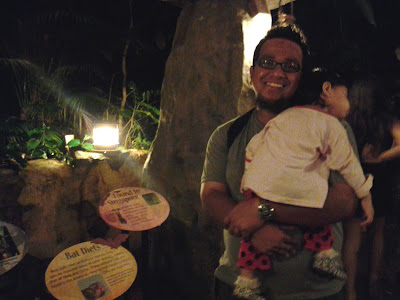 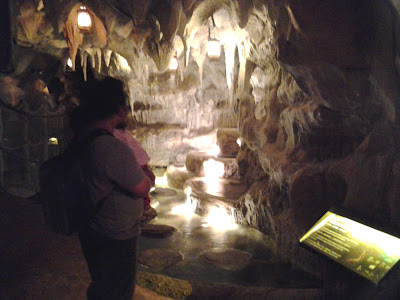 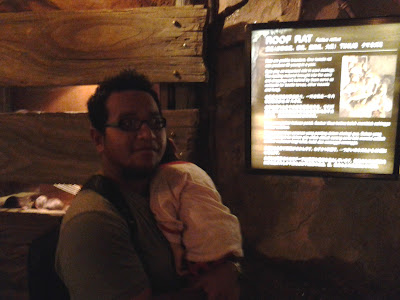 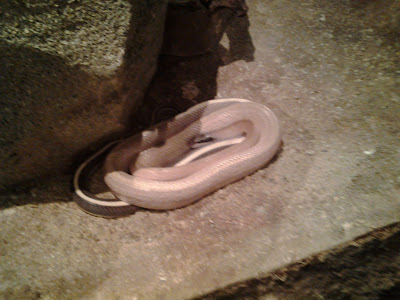 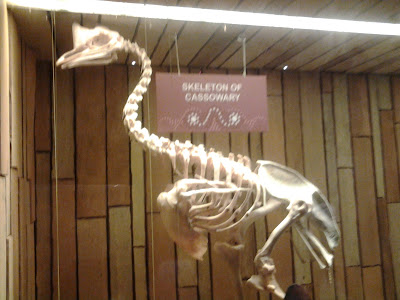 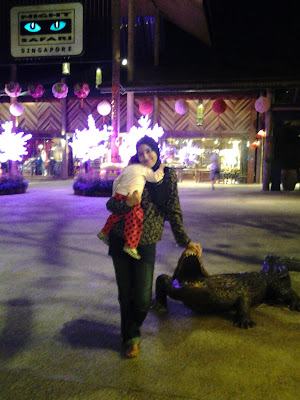 It was after 11 when we got home but there was no whining at all. Aulia' has slept half way of walking down the trails..
We are having a leisurely morning the next day and grab lunch before heading to the next destination; the Universal Studio Singapore:)

Anonymous said…
Excellent post. Keep posting such kind of information on your page.
Im really impressed by it.
Hello there, You have performed a great job. I'll definitely digg it
and personally recommend to my friends. I'm confident they will be benefited
from this web site.